'Fires Of Destiny Over Europe' memories

Time for another trip down memory lane . . . Orlok looks back on our shows with Blackdeath and Barathrum in 2017.

"In February 2017, we did a short tour with Blackdeath and Barathrum. What made this especially cool was that it took place almost exactly twenty years after our shows with Barathrum and Sabbat. Herjann, who was our keyboard player in 2014-2015, put a lot of work in putting the shows together. In addition to being the tour manager, he would also join Blackdeath on stage as live guitarist.

In the morning of February 23, we set off for Paris, where the first show would take place. After a drive of about six hours, we reached Paris where we would play our first-ever show in France. The club, Le Klub, turned out to be located in the heart of the city, practically next to the Notre-Dame. 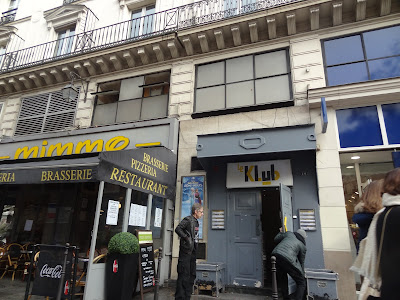 Arriving in Paris.
Read more »
Posted by Countess at 10:22 No comments: