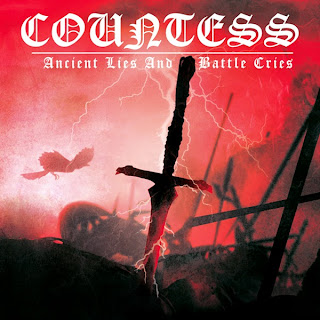 1. Battle Sky
2. Call Of The Ancient Pantheon
3. By Hammer And Blood
4. Vengeance Of The Slain
5. Beneath The Eye Of Wisdom
6. Confessions Of A Polytheist
7. Pray For The Cult
8. Cursed Seed Of Aten
9. Burn The Throne
10. The Last Temple
Posted by Countess at 15:30 No comments: