Today, we have released a new single. Since 2017 marks Countess' 25th anniversary, we recorded a brand new version of the classic title track from our 2004 Dutch-language album 'Heilig Vuur' ('Holy Fire'). With a few arrangement tweaks and improved production, the new single sees the song reach its full potential. 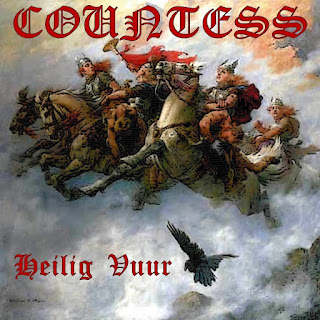 The single also marks the first appearance on a Countess release of our new keyboardist Häxa, who joined our ranks last year.

In appreciation of the fans who have supported us over the past 25 years, we have decided to make the new single available as a free download on our official Bandcamp site.

Additionally, the single is available for a normal price from all major digital outlets such as iTunes, as well as for streaming on Spotify.